Wow, it’s hard to believe the school year is already over!   We’d like to thank all of our terrific students and staff for a fantastic year!   We hope we will see everyone at the barn this summer; details on summer lesson scheduling are below.  All the classes are individual bookings so even if you can only come for a few classes, you won’t be as rusty in September!   Don’t forget fall lesson registration opens August 1st on the website.

We also have our fabulous summer camps running again this summer.  They are definitely not your typical camp – with two rides daily, terrific program options and an impressive parent show to cap off each session!  Our camp is great for beginner to advanced riders, ages 7 – 15 years old.   Registration is available online, http://www.raynhamstables.com/registration.html.  Both of the July day camp sessions are full the there are still opening in the following sessions:

Last year we ran our first sleepover boot camp and it was a huge success! Boot camp is geared specifically to intermediate and advanced riders, ages 11+.  If you are interested but are only available to attend during the day or some days, let us know!

See you in the barn!

Summer Lesson Scheduling Details
As in past years, we book summer lessons separately from the September – June schedule as everyone’s lives are so hectic in the summer!  We will be using the online scheduler again this summer to make scheduling easier and more flexible for everyone.   Simply pick the dates and times that work for you on the online scheduler and pay only for the classes you can attend.  As in past years, we honour the package discounted pricing for the individual classes during the summer months.  The scheduler also allows you to book recurring lessons so you do not have to schedule each class individually if you are able to come the same time each week.   The scheduler does not allow bookings less than 24 hours out so don’t forget to book in advance.  We are closed Sundays during July & August so that the school horses still get a day off each week.  If you have any issues, please let me know!

Private Lessons:
There are openings Mondays – Thursdays and Saturdays for private lessons.  Please select the appropriate calendar for your level.  Only the Beginner/Novice calendar is available on Saturdays as Lindsay and Nikki will not be available to coach regularly on weekends but Kyleigh, Danielle, Helen etc. will be teaching Saturdays and are able to teach intermediate riders as well.

Payment:
There will be two options for payments:

Do you need volunteer hours?? Or just have some free time this weekend? Looking for some good eventing karma??

Jo Young, Nikki and Lindsay's coach, is holding an event at Wits End and is desperately looking for volunteer jump judges!!

You get to watch part of the cross country course all afternoon, high school volunteer hours will be signed for, there was snacks and lots of water last year, and she will credit you a free facility fee for XC schooling ($50 value)!!  This is great for show team riders!!

It would be great if we can get a group to go and carpool both days!! It is lots of fun!!

Eventing depends on volunteers, and if you want to have the events that you go to run smoothly you should consider helping other events run smoothly too!!
Posted by Raynham Stables at 7:18 PM 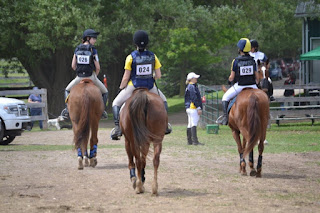 The show day on Sunday started off with a combined test followed by a XC clear round class. 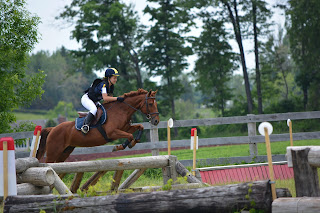 First were our pre-entry riders Avery and Veronica. They both jumped a clear stadium round. Avery and Sampson finished 5th in JPE and Veronica and Magnum was 3rd in SPE. 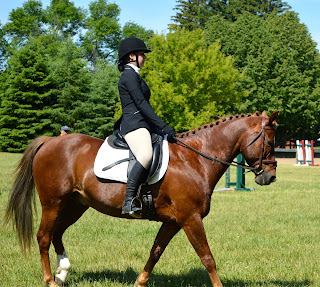 Next were our four entry riders, Christina, Lauren, Jessie and Tara who all jumped a clear stadium round. In the JE division Christina and Lauren finished stadium tied for first place!!
After tie breakers Christina and Apple Pie won the division at her first ever show, and Lauren and Freckles took second in their first show together. Jessie finished her first ever show in 7th place.

The combined tests wrapped up with Helen and McQueen in pre-training, after taking just one rail they dropped to finish in 6th place. 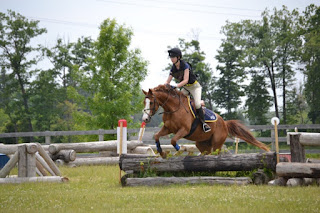 The day finished off with many clear cross country rounds jumped by our riders and lots was learned by everyone!


New partnerships, first shows, improvements and many, many successes!! Congratulations to all!!
Looking forward to Wits End next weekend!!
Posted by Raynham Stables at 7:13 PM